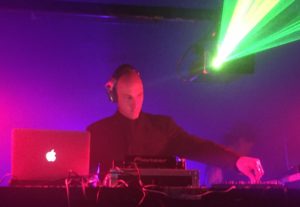 DJ JuDas has played around the world since 1992. We’re talking metropolises like New York, Los Angeles, Athens, Zurich, Rotterdam, Copenhagen, Stockholm & Berlin. The base was then the legendary Slimelight in London, including some 6 years as resident DJ.

Now based in Stockholm, Sweden he’s involved in various clubs and concerts both as an eclectic DJ and promoter, and since 2005 has been a driving force behind electriXmas based in Malmö.
He currently has an ear for the heavier end of the musical spectrum preferring an eclectic mix of rhythmic, danceable electronica and frequently introduces new music.

For more info and bookings please contact us using the form below: